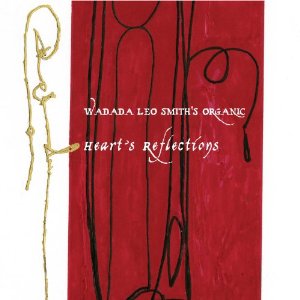 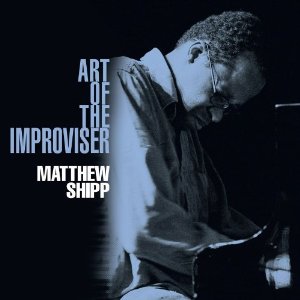 Nothing but smart musicianship is evident in pianist Matthew Shipp’s double disc set, The Art of the Improviser.  Both discs are live-date recordings.  The first, recorded at the Troy, NY, Arts Center in April, 2010, is one continuous set from Shipp’s trio. Michael Bisio plays bass and longtime trio member Whit Dickey, the drums. The second disc is comprised of an equally tight Shipp solo gig at Le Poisson Rouge in NYC two months later.
Turning fifty years old in December of 2010, Shipp reached a milestone in a musician’s career that is commonly noticed, as if age signified creative maturation. Over the years, Shipp’s innate musical intelligence has gone unchanged, but his improvisatory language seems to have acquired more of a nuanced fluidity and engaging character through his discovery of fingering subtleties integrated within an increase in fluctuating rhythms.
A three-pronged organism operates in the first disc, where each musician yields to the other with ease. Identifiably the leader, Shipp tows the thematic ropes for his own tunes as well as for Billy Strayhorn’s “Take the A Train.”  The introductory “The New Fact” reveals Bisio inheriting a trio-built line in a stunning pizzicato solo that induces stone-cold silence from Shipp, Dickey and the audience.  In the next “3 in 1,” after Shipp’s lengthy piano ostinato, Dickey, in his own solo, outdoes his restrained, understated drumming self, with a relentless, downright breath-taking, even-handed face-paced snare-tom-bass drum drive; he treats the cymbals on a par with drums. Shipp’s shining moments on this side are everywhere: his playing glistens like a multitude of stars across the darkest of nights. The most intensity comes mid-album when he does not leave the middle register of the keyboard for nearly sixteen minutes, alighting accentually on a treble or bass note.
Shipp’s solo performance reflects his inexhaustible exploration of timbre and touch. The reverent boldness with which he approaches the keys widens the improvisatory field in between a specific thematic concept and its parenthetic reprise.  As Shipp moves from “4-D” to the concluding “Patmos” without breaking, the repetition of phrases and figures constructs the spatiality of his language. It is a means to render his gestures simultaneously recognizable and brand new. His take on “Fly Me To The Moon” demonstrates a conscious determination to alter perceptions of the familiar. An exquisite balance of straightforward musical design and profound sound generation testifies to the pianist’s God-given genius.
Matthew Shipp, Michael Bisio, Whit Dickey (The Matthew Shipp Trio)
Matthew Shipp (solo piano)
The Art of the Improviser (2 discs)
Thirsty Ear
copyright 2011 Lyn Horton
- May 16, 2011 No comments:

Writing every day religiously is a pattern of existence that I have not established yet. When I do, the writing will come more easily and I won't have such angst about the process. It has been bad enough submitting my words to the people who write for a living to edit; or thinking anyway after the product is spewed out that I do a pretty good job.
When the subject matter of my words is general rather than zeroed in on a specific record or event, the writing is not so full of uncertainty. That is for the reason that no other person can question it.
But when I do write about recordings and concerts and people, even, then, I go on record with my statements and they are read by those who seek "veritas."
Back in 2004 or so, I had been practicing being a serious scribe about creative improvised music for several years. I had earned the label "critic" from those who did not write about the music I followed. I was looked upon as a vehicle for publicity by those who put on concerts & musicians who wanted me to pay attention to them. As the years went on and I kept writing, it was incumbent on me to let go of the pressure I felt to write anything about music otherwise I could not do it.
Writing an article is like giving birth. And when I am done with one, I feel relief for a day or two and celebrate and then have to think again about what is coming next. In that zone of thinking, I get a lot done. Now that it is spring, I can go outside and fiddle in the garden. I can actually walk a couple of miles like I used to every single day, instead of resorting to riding the stationery bike in the mudroom for fifteen or twenty minutes. I can clean the dust off the furniture that accumulates without my noticing until my thumb prints are visible on the trinkets that decorate the table tops or the light at a certain angle shows the bunnies as I walk by. Or, and this is the most pleasurable I think, I can go to town and walk up and down the main street window shopping. Dreaming.
What creates the angst in me is: Do I assess the music I am writing about in ways that will make sense to the reader? Or that the reader will believe? Do I hear everything? Or do I talk about it well enough that hearing every detail is unnecessary? See, the writing is supposed to point in a certain direction.
A few years ago, a well-known writer for a well-known online jazz website asked me a question about a record from Europe that he wanted to order, obviously worried that my supportive comments about the record could have been off the mark. My confidence about my words led me to urge him to buy the record. Not long afterwards, he emailed me to say that he had bought the record, listened and said that my observations about the music were "right on." Not only did this give me a pat on the back, but silently I absorbed this reassurance and said to myself: OK, Lyn, keep going.
And even earlier than the above instance, when my writing was infrequent, yet thoughtful, and the number of CDs that appeared in my mailbox did not amount to nearly what comes in now, the president of one of the longest operating creative improvised music recording companies emailed me to say that he truly believed that my reviews had gained "credibility."
The musicians reputed as great music-makers in the world of creative improvised music have never wavered in their belief in what I do. To receive accolades from these musicians gives me more incentive to continue than those I might receive from other jazz critics. I feel more a part of the world of the musicians than that of the jazz writers. Sometimes and sometimes not, in the jazz publication world, I feel like I have to fight to write and have the words be accepted.
Evolution occurs with the survival of the fittest. Last time I went to the doctor, he said I was doing great.
So, I say: OK, Lyn, keep going.
Video and text copyright 2011 Lyn Horton
- May 11, 2011 No comments: