Paying tribute to an artist who is no longer around happens often in the creative improvised music world.  Albert Ayler is one of the most, if not, the most, revered improvisers in the history of the music.  Perhaps, because he vanished before he fully realized his destiny. Or so it is thought.  Or perhaps, he left this world because it was really the time and he had done everything he, alone, could do and it was time for others to develop his language and legacy.

13 Miniatures for Albert Ayler demonstrates how his influence took hold. Thirteen vignettes with distinctive cadence: cadence that would be dismissed without the Ayler context. This is especially notable: in the introductory text, “Albert Ayler à la Fondation Maeght,” read by composer Daniel Caux’s wife, Jacqueline Caux, lyrically, in French, painting an atmosphere for the upcoming testaments to the assimilation of the saxophone player’s music; and in the poetry reading by Steve Dalachinsky, who is well-known for his remarkable practice of translating improvisational music experience into both visual and verbal sonority. For this performance Dalachinsky created a “collage” of interviews with Albert and his brother, Donald Ayler, entitled “As in My Name IS.............”

Predominant in the recording is reed and brass player, Joe McPhee, who, without having heard Ayler’s sound, would never have picked up a saxophone. McPhee plays in four of these pieces.  The last entry of the record is a McPhee tenor solo, fraught with melancholic melody, wherein the notes hang in the air; are slurred and interspersed with vocal grunts through the reed; evolve into extraordinary squealing/screaming pitches to descend into elegant conclusive mid-range tones.

The liner notes contain not only transcriptions of Caux’s tribute, Dalachinsky’s poetry, but also a two part poem by Parisian native and poet, Zéno Bianu.

The instrumentalists on the record are numerous and in combination express a wide-ranging grasp of Ayler’s musical intensity, never imitating it, only re-investing it with personal structure and signature. This is the only way Ayler can be remembered: by the spawning and growth of contemporary creative improvisation.

Cross MacKenzie Gallery is pleased to present a solo show of wall installations and works on paper by Massachusetts based artist, Lyn Horton, following her well-received participation in the gallery's spring group show, "TWISTED". This exhibition presents a more complete picture of Horton's oeuvre from her individual small works on paper to her monumental site-specific wall drawings that employ velvet rope for the linear elements and are applied directly onto the painted wall.

Horton's work is visual jazz - rhythmic, layered, sensuous and adheres to her own sensibilities. It is no surprise Lyn Horton writes about jazz - her passion. Her reviews have been regulars in Jazz Times, The New York Jazz Messenger, her own music blog - "The Paradigm for Beauty" and other publications, and her drawings have graced CD covers, most recently Wadada Leo Smith's "Ten Freedom Summers". Her jazz musings could describe her own art. Though reviewing a musical artist, Horton said; "The music Is thematic, tends to be quiet, slightly explosive, adheres to (the musician's) sense of humor, lyricism and even romantic melody" - an apt expression of the Lyn Horton exhibition in our gallery September.

As Mark Jenkins noted in his review in the Post of her recent work, " the drawings are still minimalist but with a sensuous ease" and "her "Loop" series twirls further away from Euclidean geometry".Many of the works in this exhibition are made of hypnotic twists of interwoven lines starting with circles and swoops that build to a crescendo - one layer over the other, line after line (or note by note and phrase by phrase) - in a repetitive, rhythmic, musical pattern.

Horton's MFA degree show at Cal Arts focused on the line and its place in minimalism and she has continued mining that vein ever since. Her experience executing wall drawings for minimalist Sol Lewitt informs her practice; she is a master of controlling her small pencil - mark by mark - with quiet, obsessive, painstaking, repetition - until a large and powerful work of art emerges.

The opening reception for the artists is September 7, 6-8.  The show is on view thru Sept 29th. 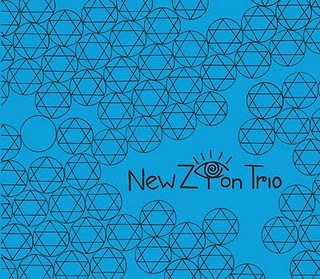