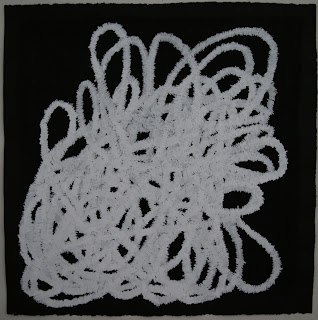 When I was 13, I was in the seventh grade. That was the year President Kennedy was shot. As I recall, that day was Friday because the Middle School at Sidwell Friends was in an assembly which  occurred during last period of the last day of the week. Young Robert Kennedy and Joseph were called out of the room before the assembly ended. It was not til I reached home that I knew that the President had been assassinated. That was a horrible day. But the fact that I was thirteen never influenced my memory of that day nor that year in the future.

The number 13 has always been lucky for me. I am not necessarily superstitious, veering my behavior away, for instance, from the 13th floor of a building; the 13th square in a sidewalk from the curb; Friday, the 13th. It would take a bit of obsession to count all the time. And the 13th of anything is going to come anyway.


Actually, in retrospect, the idea of 13 is liberating. As far as my age was concerned, it marked the onset of my teenage years when I started growing up emotionally and began awkwardly to acquire a female figure. The liberation managed to present itself academically, when I let my intelligence fly and applied myself more in school than I ever had before. I saw high school coming and surprisingly its anticipation did not keep me waiting.

Thirteen is also an incontrovertibly prime number: can only be divided by one and itself. As with irreversible, irretrievable time.

At the end of December, 2013, my alimony ends. Supposedly, by that time, my ex-husband should be erased from my mind. The impending absence of this monthly influx of cash has taken some measure of acceptance on my part.  Something else will come in. How much is still a mystery.  A friend mollified my anxiety once by casually telling me in a conversation that I have been OK so far and that everything will probably be OK in the future. My friend ran her business from home as a personal problem solver and morale booster.

A part of my blindly, out-of-fright, created plan after my ex-husband left was to be financially independent by 2013. The "plan" included somehow being able to support myself through what I do which has for forty years been my art.

No one seems to know anything about what I do or how I function. Many people  suspect that I have gobs and gobs of riches. In a way, I do. The wealth of my creativity and soul carry me through my existence. I am perfectly happy in my big house shaping the spaces into intimate ones, making them inviting. And then doing my work is constant. If not in my mind, then on paper.

My capacity for verbal expression of truth cannot be revoked. I am too old to let my tolerance of external forces block the way from how I really feel. I will say what I believe. And mean it.

My freedom has widened  because I am bound only to what I choose rather than to what is expected of me. Since 2000, I immersed myself into writing about improvised music. It is a music I love; it is a music that saved me. The musicians I know have been a bastion of strength for me. Their music has been continually accessible, if not live, then recorded.

But one pursuit I must reclaim is my art.

Perhaps I will post some representational imagery here at this blog periodically. At the same time, I want to be undaunted in how I utilize this internet space.

This is not an apology. These words explain what is to come. Those who believe will return.