All Time Entries from Jazzreview.com, JazzTimes.com and AllAboutJazz.com

All the articles I have written are listed at these links. For the third, searching my name will give more. 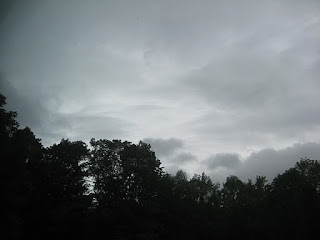 In some ways, I am just so stuck. Stuck inside my box, which is a fairly large box, if one considers its contents: both metaphorically and ideologically.

Those who discuss the distinction between "inside" and "outside" the box are attempting to convey the difference between status quo and revolutionary, or between mediocrity, conformism, largely acceptable and edgy, non-conformist, individualistic, and rarely understood without explanation. Ambition is not primarily a factor in either although it somehow subliminally drives the activity of both.

But the association of ambition with the latter out-on-a-limb-ness (yet another metaphor for the innovative) deprives it of its honesty and beauty. Rather motivation and incentive and necessity trigger the formation of that which is next but never realized until it presents itself through the creative process.

The creative process is an overused phrase. What it means. What it means is an undefinable, ineluctable, formless span of time. I certainly cannot understand it on the level of brain science. But I know when it is happening. It takes me over and simply lets me go where I want to go. My emotions are relegated to a back seat. Thinking in the language I am working with flows. I intend less to make a statement. But, then, the process winds down and I become conscious and, only then, can I begin to mold what I am doing and truly make a statement.

The vocabulary of the creative process changes from one language to the next. Take your pick: music, visual art, writing, performance, film, photography, acting. I do not want to open the door to any argument of what is and what does not take claim of the creative process. We pursue it all the time whether we like it or not. It is the means to move from one task to the next. Some of us are more organized about it than others. It is a product of the heart and mind. And I am not the first person to say that. Nor am I the first person to write on the gist of these words.

Another element that propels the creative process is desire. The desire to latch onto the transmitting of a congealing of chemistry in the universe. I have to believe that everything impales on everything else as influence. No escape is possible, because we are living. At least I am now. And whatever has been left by the living, now departed, can be deep within us. It is more the 'however' we need to heed. How we harness  the energy that penetrates us with past discovery and the reign of the spirit over a slice of humanity.

Successful (in terms of fulfillment) artists never really know what they are doing. And if they start to analyze what they are doing, they catch themselves, and stop. Analysis of what artists do is for the observers, the listeners. Analysis means examining whys and researching the past as opposed to describing how and inherent impact on the future. Analysis has nothing to do with investigating feelings, only picking out the mechanics. The capacity for awareness stemming from both within and without is far different from the capacity to analyze and impose views down from some morass of supposed knowledge.

Someone once told me that if I feel pain, it means something is happening. That same person told me that he sheds tears when he reaches enlightenment. There is no logic to the juxtaposition of the quick stories of that insight and instance. But I can say that spinning wildly away from them is meaning, endless meaning that has no verbal approximation. Does the sun shine? Does the human being live or move from day to day senselessly?

Because I am an artist, my sources for how I work and what the result becomes arise from assimilation of living. Growth in the art depends on the deepening of experience and filling the cracks as the art is expressed. The culminations of every stage of experiencing life within the art infuse the imagination with fireworks, opening doors, exuberance, deeper feeling, deeper self-understanding in relation to everything. Not only to the art making tools, or the musical instruments or typewriter, but how the hell to use them in the appropriate configurations.

And when I am at that stage, my elation scatters wide over the terrain of possibility. I have the terrain to stand on. That is where I begin. Its constituents are language, love, confidence and having the right-sized shoes.